We are such stuff as dreams are made of

“We are such stuff as dreams are made of” 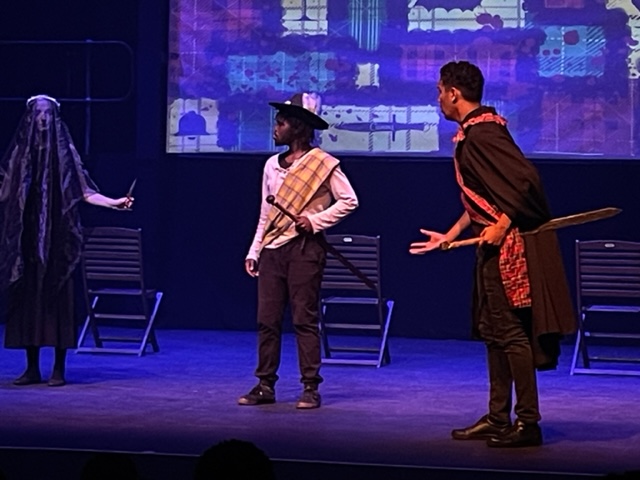 Above: Aphendule on the stage at the District 6 Theatre in Educasion’s production of ‘Macbeth’

Lalela alum Aphendule Sixishe has come a long way since his first appearance on the stage for the Shakespeare Schools Festival nine years ago. Playing Puck in ‘A Midsummer Night’s Dream’, the young novice actor might not have believed that one day he would be paid for his performances.

His latest stage venture is with an organisation called Educasions, which is performing ‘Macbeth’ to schools in South Africa. As the line from ‘The Tempest’ so aptly puts it, “We are such stuff as dreams are made of”. We couldn’t be prouder of you, Aphendule!

My trembling hands took me back to my first performance with Lalela at the Shakespeare Schools Festival in 2013.

This was the first time that I set foot on a theatre stage.

Claire Elizabeth Baker, our director, mother and theatre enthusiast, always reminded us that nerves are good. If you’re nervous before performing, you’ll either do amazingly well or flop dismally (the latter was never an option). It felt like the play flew by fast. I could’ve sworn the half-an-hour was five minutes. I snapped back to reality when the audience clapped and cheered. I’d found one of my loves.

Over the years, I was working alongside Claire playing mostly protagonist roles, being an assistant director and the artistic operation of sound and lighting at the Artscape, Baxter and Fugard Theatres (and sometimes as an understudy should anything prohibit one of the actors from performing). The experience was something that felt new every time we put on a play. I was becoming more and more comfortable onstage and in the sound and lighting booths. The nerves never ceased, though. 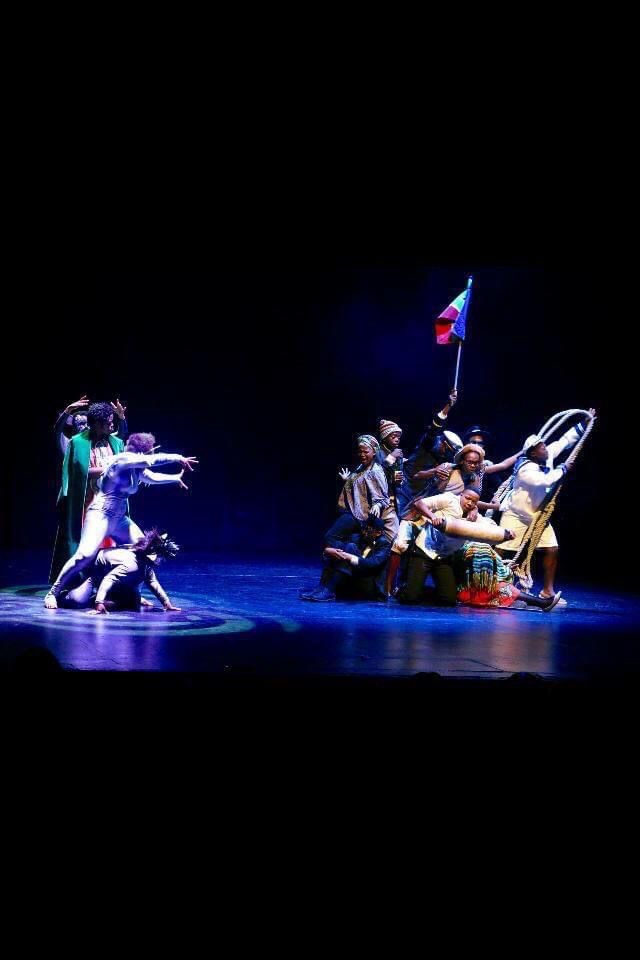 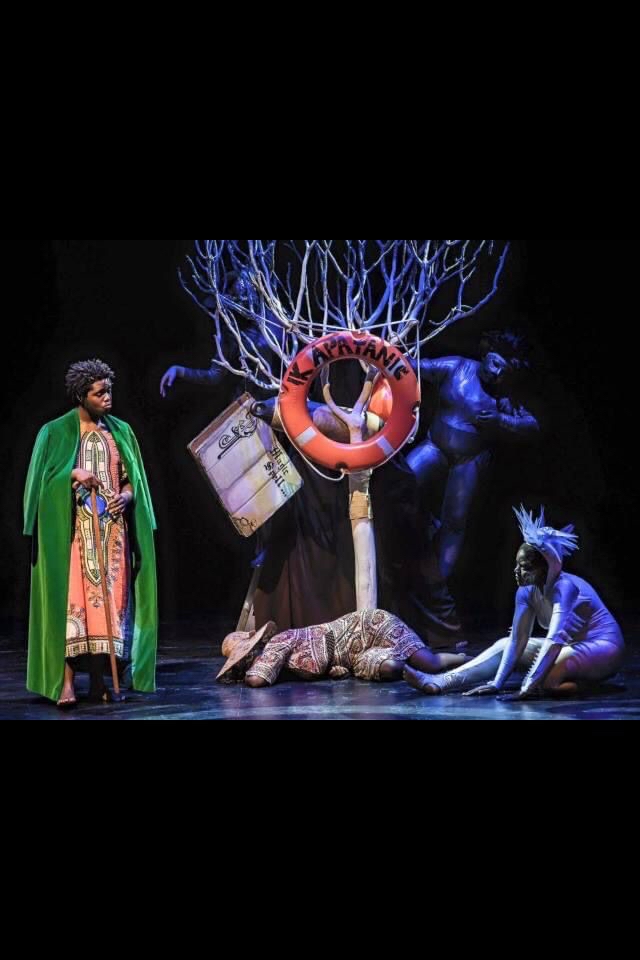 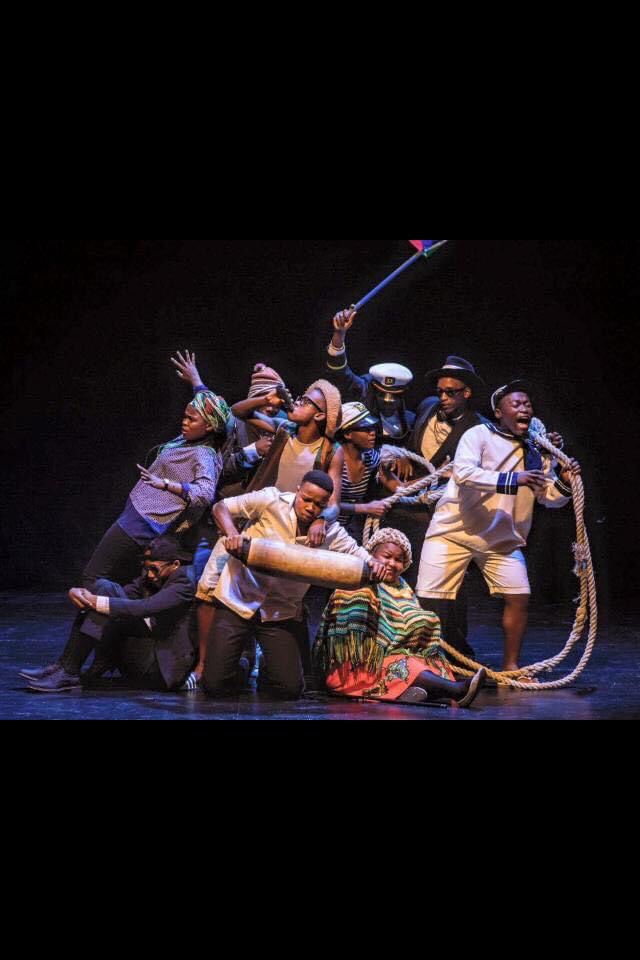 Above: Aphendule playing Prospero in Lalela’s production of ‘The Tempest’ at the Shakespeare Schools Festival, Baxter Theatre, in Cape Town, directed by Claire Elizabeth Baker

I remember leaving the classroom after hearing that Lalela was holding auditions to put on a play to take part in the Shakespeare Schools Festival. My stomach was in knots. I knew I had to be there. I ended up getting the role of Puck from ‘A Midsummer Night’s Dream’. We rehearsed at Hout Bay High School and most times at the Mainstream Centre Amphitheatre. Lalela pulled out all the stops when it came to costumes and set. Annie’s Angels was our go-to place for dazzling get-up.

The creative skills honed and nurtured in Lalela workshops came into play when we designed the set and props. Recycled cardboard, paint and wire left a lasting impression on those of us who knew how much of a great deal that was. We ended up taking part in seven Shakespeare Schools Festivals between 2013 and 2020. I hadn’t gotten enough of performing.

After more than a year of not being able to take part in the Shakespeare Schools Festival because of the Covid-19 pandemic, I received a call from Claire. An organisation working with TIE (Theatre In Education) was short of an actor and they needed someone to fill in for them. I could hardly let her finish speaking. My immediate “Yes” came effortlessly. 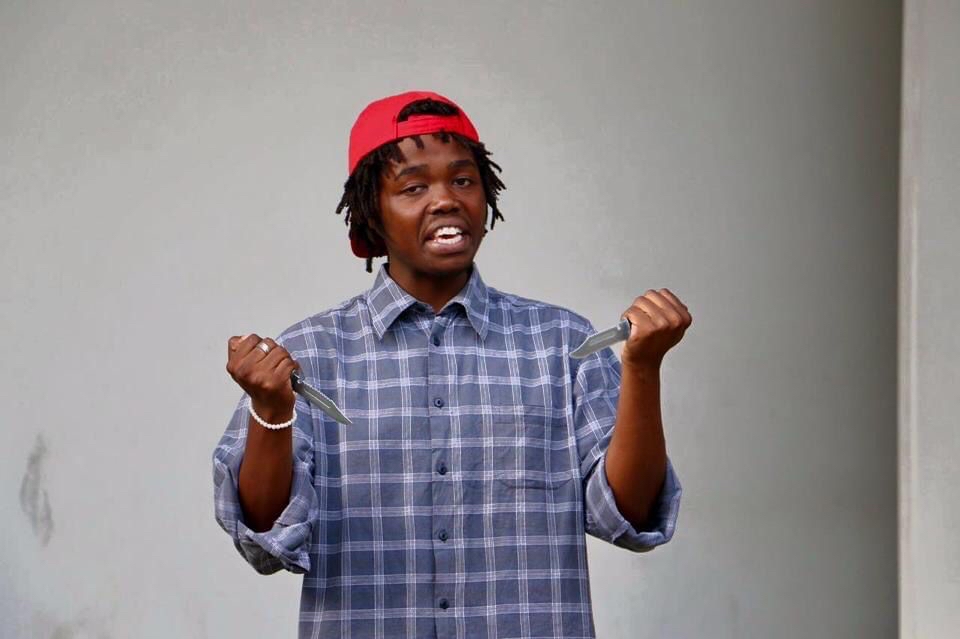 Above: Aphendule in rehearsal for Lalela’s production of ‘Macbeth’ for the Shakespeare Schools Festival – laying the foundation for his reprisal in 2022!

After meeting with Lauren Catherine Bates who is a playmaker, actor and director, and runs Educasions, I felt like the stars were aligning. I would get to perform again.

Upon understanding how Educasions operates, something was awakened in me.

Performing plays for schools so learners understand their work better. That was new to me, and very interesting. I thought back to when I had a hard time understanding Shakespeare’s rhyme schemes, wordplay and often tragic themes.

The yearning to share and teach all I had learnt had completely engulfed me. I felt right at home.

Home. Backstage. At the District 6 Theatre. I finally exhaled after holding my breath for almost an eternity. Cue the music. Lights go up. Act 1, Scene 1 begins and I’m again lost in the moment.

By the time I blink, the audience is clapping, we bow and breathe a sigh of relief. The thought still lingers – “I hope it’s better understood.”

Below: Aphendule as Puck in Lalela’s production of ‘A Midsummer Night’s Dream’ for the Shakespeare Schools Festival 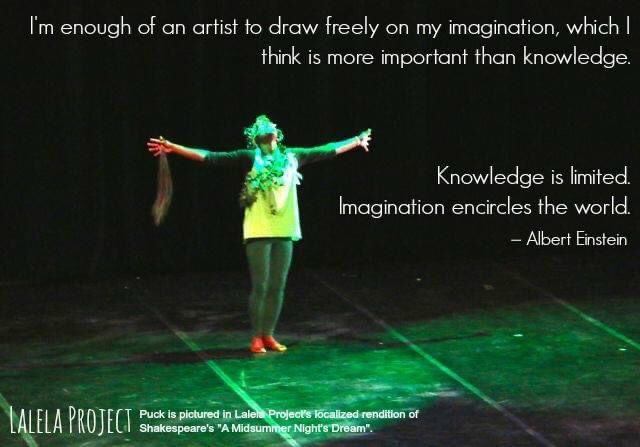 Leigh Robertson2022-05-27T14:08:44+02:00
Page load link
We use cookies on our website to give you the most relevant experience by remembering your preferences and repeat visits. By clicking “Accept All”, you consent to the use of ALL the cookies. However, you may visit "Cookie Settings" to provide a controlled consent.
Cookie SettingsAccept All
Manage consent